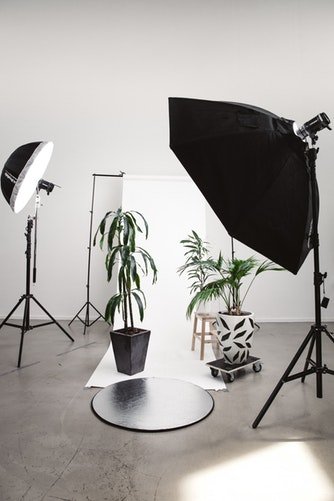 Please see some useful terms you will come across when auditioning and booking work within the entertainment industry. These are common terms which will normally be used when casting or taking auditions and their definitions.

You could also check out casting and audition tips if you need some help in preparing your next audition.

If you happen to be an actor, entertainer or a musician, check these links out as well.

A Script: A document used for a play, TV or film. Often made by screenwriters to organize the movement, actions, expression, and dialogues of the characters on screenplays.

Agent: May also be referred to as a Talent Agent or a Booking Agent. A person or company that is entrusted by a performer or client to represent and manage their work. He receives a percentage of the client`s fee from any bookings, typically 10%- 20%, of any fees garnered by the performer when landing a job.

Booked: A talent receiving a booking confirmation is now hired and reserved for the job.

Casting Director: Sometimes referred to as CD’s. This person has an extensive knowledge of performers. One who organise and facilitate the casting of performers for their suitability for a particular role. They works closely with the director, agency and client to complete the casting for each project

Cold Reading: This term is used when an actor reads aloud without practicing the script. Commonly used in auditions, it can be an excellent way to gauge how an actor is suited to a particular character and of their general capabilities.

Comp Card: known as a Z card. It is used by performers to promote themselves and often serves as their business card. It usually includes full-sized portrait and headshot photos to showcase their different looks and previous work

Headshot: Simply, a photograph of a person’s face, usually used as the main image on a performers portfolio. Performers will often have several headshots taken of them conveying various of different emotions, and performance skills, to quickly present themselves for each individual role they are put forward for. Headshots are often very artistic and are designed to show the performer in their best light, hoping to engage casting directors and secure auditions.

Hold / Pencil/ Option: The term is used to keep the applicant being considered for a particular role on hold/pencilled. You must inform your client/agent/manager if you get another pencil or job, as they will have a 1st pencil on you.

Idents: The casting director will ask you a series of questions, like your name, agent, height etc. You will normally be asked to show your profiles. This is standing to the side and removing any hair so they have a clean shot of your side profile

Manager: A person who manages and builds a strong career for his talents. This person is responsible for seeking out clients, bookings, accounts, endorsements and other professional concerns.

Non-Disclosure Agreement (NDA): A legally enforceable contract between at least two parties agreeing not to disclose any confidential information, material or knowledge shared with one another to outside access or by third parties.

Portfolio:  A portfolio that showcases an individual`s range of photos and collection of work samples.

Reader: A person who reads the sides/scripts with the right tone and emotions to help deliver a more realistic feel during auditions and shoots. In an audition the reader generally sits opposite of an auditionee with his back towards the panel

Recall: A term used when the best people for each role are recalled seeing them one more time before making a final choice. A re-call will sometimes have the director, clients and agency attending.

Released: A person released from being placed on held, pencil or option, as they are no longer needed for the job.

Screen Test: A process of determining whether an actor or actress is suitable performing in front of the camera with the given scene and lines for a particular role.

Sides: These are pages from a script that are recited by a reader or the person auditioning for a specific role or for a scene during a shooting day.

Slate: The board with an actor`s name and agent details that they hold while standing in front of the camera before an audition or casting.

Song Sheet: A document made by a singer or composer containing the format and lyrics of a song to be performed.

Union: A group that symbolizes their entertainers in the industry. They assist their members with payment issues, and fight for fair management and good working conditions. Unions protect their members against mistreatment and abuse.