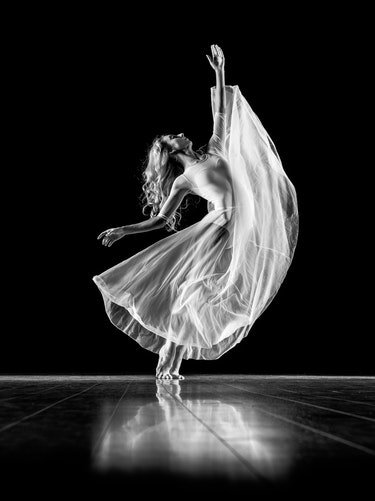 I also have other resources for actors, entertainers, athletes, musicians, models, crew and behind the scenes, as us performers tend to have many skills.

Ballet: A highly technical form of dance used to narrate a story. Ballet dancers are expected to be trained in the complex and demanding technicalities of the dance as well as understand its strong cultural heritage.

Ballroom Dance: A set of dances involving two people, usually male and female, that can be danced socially, but have become known for their competitiveness. Styles include the waltz, the tango, the quickstep, the cha cha, the samba, the rumba, the foxtrot, and the polka.

Bollywood Dance: Dances originating from classical South Asian dances, including the twig, the Odissi, and the Sattriya. Modern Bollywood dances have been strongly influenced by Western styles.

Breakdance: A street dance, usually danced to electro or hip-hop music, characterised by its athletic elements including handstands, headstands, and freezes.

Burlesque: A theatrical entertainment which usually portrayed like a musical, consists of exotic dancing, singing, comedy acts and striptease.

Cheerleading: A team dance incorporating gymnastic elements and rhythmic chants. Cheerleading originated in the USA as a way of provoking cheers from the audience at sports events, but has established itself a sport in itself.

Choreographer: A person who devises and creates all the dance sequences for a performance. They instruct their dancers on what they require, with regards to dance styles, musical timing and performance.

Contact Improvisation: One of the best known form of postmodern dance technique. It is a partner dance form which involves physical principles of touch momentum shared weight and following a shared point of contact.

Contemporary Dance: Dance that incorporates the varied techniques of 20th/21st centuries. Contemporary dance is characterised by its lack of rules and structure and the importance it places on emotional expression. Contemporary dancers require a working knowledge of all modern dances, as well as competence in the traditional dances they have descended from, making contemporary dance a demanding art that takes years, often decades, to master.

Disco: A popular dance style, usually accompanied by disco music that is characterised by its upbeat nature and popular, often synchronised, dance steps. It originated in the early 1970s, but was only later popularised by the films Saturday Night Fever and Thank God It’s Friday.

Folk: Is a type of dance based on traditional music and inherited native locals. Performed for a public audience or stage. The dance is improved from observation on past and present events.

Freestyle: Is exactly what the title says, Free Style. A dancer will listen to the music or the director’s notes and will dance freely. They will use any technique they chose to express themselves. There is no set choreography here; it is completely free and unique to every performer.

Ice Dancing: Ice dancing is figure skating combined with ballroom dancing, which is usually performed by a couple consisting of a man and a woman on ice.

Jazz Dance: A set of energetic dances characterised by their liveliness, big leaps and fast turns, and hip isolation. Jazz dances include tap, the Charleston, the jitterbug, as well as contemporary performance jazz dancing.

Latin: A set of faster-paced ballroom dances that originated in Latin America, which emphasize sensual hip movements and a highly sexual/physical manner. Latin dances include the jive, the samba, and the Paso Doble.

Line Dance: A type of dance where a group of individuals line up (one or more lines or rows) without having any partners and dance to a repeated sequence of choreography.

Pole Dancing: Is an exciting sport, dance and gymnastic combination. With the use of a vertical pole, you combine strength, coordination, flexibility and posture. This strengthens your upper body, while toning your thighs and waist. Pole dancing can be very expressive, sensually and physically.

Power Moves: The centrepiece of breakdancing routines which showcase speed, momentum and acrobatic elements of the performance.

Reggaeton: A form of Latin and Caribbean music with influences of reggae and dancehall as well as those of hip-hop, contemporary R&B and electronica. It is also combined with rapping or singing in Spanish.

Salsa: A style of dance usually danced by a two people to Caribbean salsa music. The modern salsa contains characteristic steps which must be mastered, and which tend to be arranged in an improvised order, but are always performed at a rate of three steps per four beats.

Street Dance:  A set of dances developed outside dance studios, most famously on the streets of New York, Los Angeles, and Paris, to accompany funk, hip-hop, and electronica. Street dances tend to emphasise high energy and athletic movements, as well as improvisation and crowd interaction. Street dances include breakdancing, popping and locking, house dance and electro dance.

Swing Dance: A series of dances for two people that traditionally accompany early 19th Century swing music. Swing dance is characterised by its fast pace, the swinging and flipping of dance partners, and for being performed on the spot. Swing dances include the Lindy Hip, the jive, and the boogie-woogie.

Tap Dance: A dance in which the dancer wears shoes with metal plates so that a tapping sound is made while dancing. Tap dance usually accompanies early jazz music and emphasises fast, complex foot movement, improvisation, and a good sense rhythm.

Waacking: An African American style of street dance from the 1970’s that is usually known for its feminine groove, flailing arms and vogues.